Today’s ticket sale was frentic. If you had a code, buying was very easy. Many fans, however, never got a code and were left on «standby». Despite Ticketmaster’s VerifiedTickets system, quite an amount of tickets showed up on the secondary market, with scalpers asking up to $9,900 for a single ticket.

The surprise has come when Ticketmaster has announced the Springsteen of Broadway series is expanding through February 8th, 2018, so many more fans will now have a chance to see Bruce in an intimate setting.

Ticketmaster is expected to announce the new dates later today. Check out their website or Twittter account. 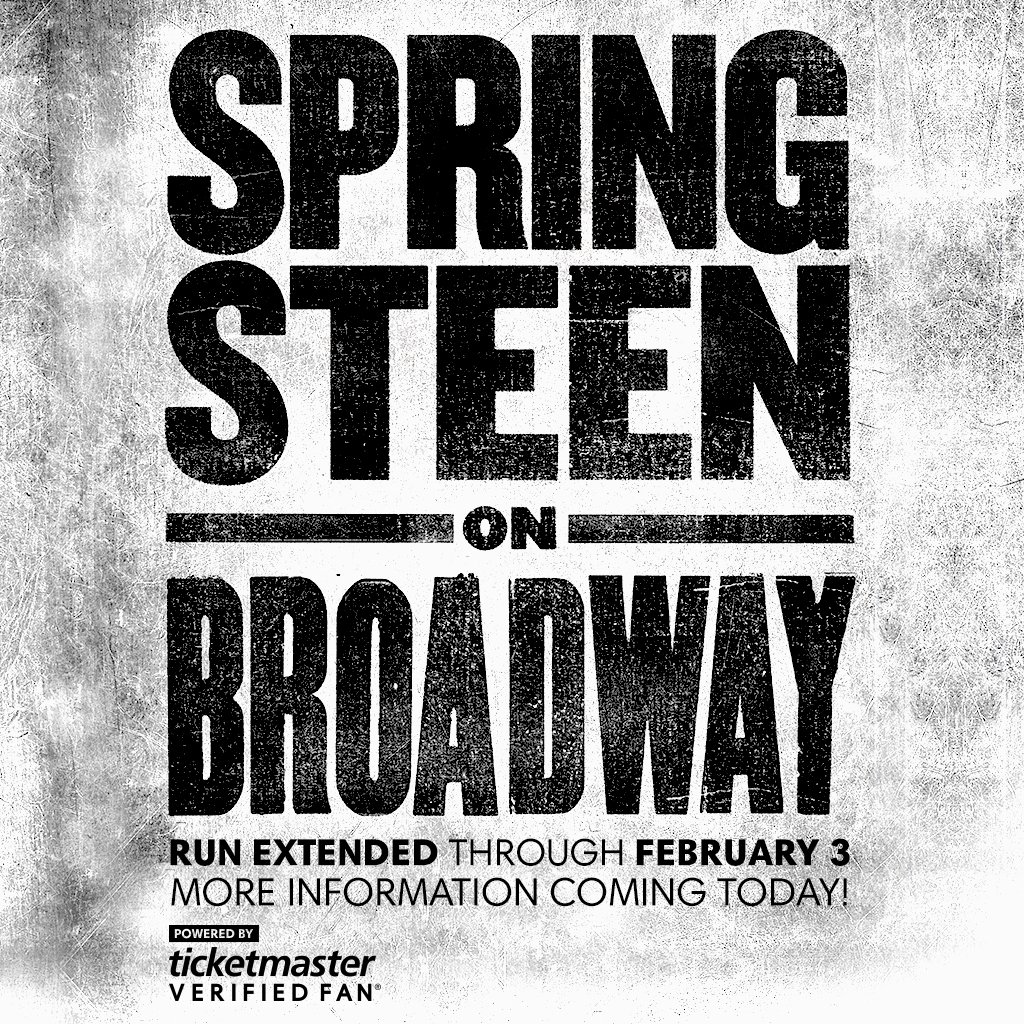