In August of 2008, Soozie Tyrell, violinist, vocalist and guitarist with Bruce Springsteen & The E Street Band, was presented with this 2009 Harley-Davidson FLSTN Softail Deluxe after performing at the Harley-Davidson 105th Anniversary Celebration in Milwaukee.

Soozie personally autographed the bike, along with Bruce Springsteen and the members of the E Street Band including the legendary Clarence Clemons. Soozie stated that she kept the Harley in storage, waiting for the right organization to take the proceeds from this bike to establish Arts & Music Scholarships for high school students. The Rotary Club of Naples is honored to have been given this endeavor and is extremely excited to make Soozie’s wish a reality!

Want to get a look at this special bike? Right now the Springsteen Harley is on display at Harley-Davidson of Naples, located at 3645 Gateway Lane; Naples, FL 34109. You will have an opportunity to view this one-of-a-kind ride up close and you can also purchase tickets for a chance to win it!!

Read the raffle rules and regulations and see more pictures. 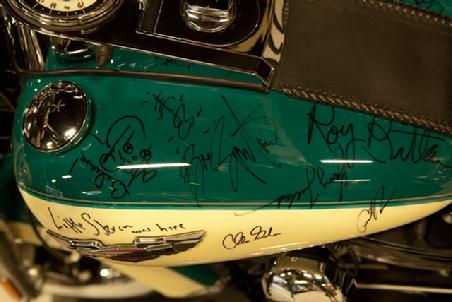 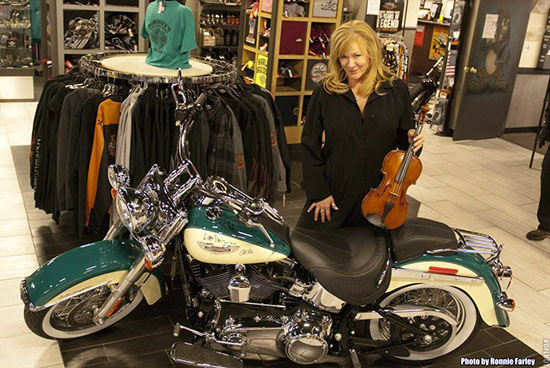