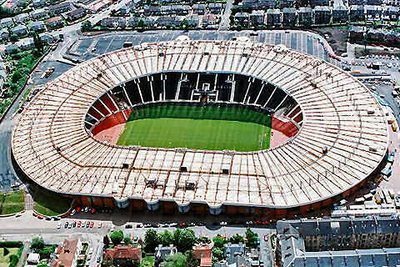 Springsteen’s return to Hampden Park in Glasgow brought a 3-hour-plus show with some surprises. Nils opened the show with his accordion, playing The Flower of Scotland while the band was coming onstage.

A big sign convinced Bruce to perform one of his old jewels: «Incident on 57th Street», followed by the tour debut of «Pink Cadillac». The rockabilly tune had last been played at Shea Stadium in 2003.

Sam and Evan Springsteen came onstage to help his father during «American Land».