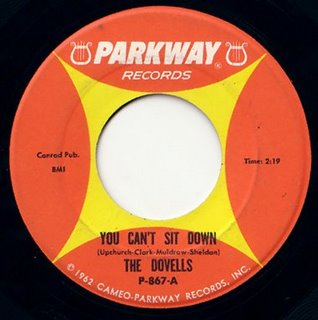 Bruce Springsteen and The E Street Band resumed the Magic tour last night with an excellent show in Jacksonville, FL. The return to arenas brought a few surprises, including two tour debuts: «Back in your arms» and «You Can’t Sit Down».

The last one is a song from Philadelphia 60’s combo The Dovells, and reached #3 in 1963. Steve Van Zandt played with The Dovells in the early 70’s until he joined the E Street Band. From 1976 to 1981 «You Can’t Sit Down» was performed by Bruce and the band quite often during the encores of many shows.

Yesterday it was also the 30th Anniversary of a classic Bruce show famous for its great professional video: August 15th 1978’s show at the Capital Center in Largo, Maryland. One of the highlights of that show, and all of 1978’s shows, was the long intro that preceeded an always explosive version of «Prove it all night».