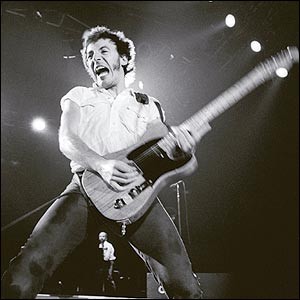 In a live interview on Sirius’s “E Street Radio” channel on May 18, 2014, prior to the last show of the High Hopes Tour, Bruce spoke generally about his future plans, and mentioned potential archival releases of past shows.

In November, a dedicated page on Bruce’s website was unveiled and the Apollo Theater show from March 2012 prior to the start of the Wrecking Ball tour was announced as the first in a series of archive releases.  To date, three more shows, including some of the E Street Band’s greatest performances, have been released: the August 9, 1978 show from Cleveland; the December 31, 1975 show from Philadelphia; and the December 31, 1980 show from the Nassau Coliseum.

Yet the interview that Brad Serling of nugs.net gave to Backstreets is what truly tantalizes, with the revelation that there is “a working list of 30 shows ‘spanning Bruce’s entire career’ under consideration” for release.

There were of course no shows specifically mentioned, but the interview with Serling offers a few clues, including his experience that some of the best selling archival recordings for other bands are the shows that fans have had in their collection for many years.

One final consideration, of course, is the availability of a sufficient quality copy of the show in Bruce’s archives. It is presumed here that this is not an obstacle for recent shows, which is likely one of the reasons why the Apollo Theater show was chosen as the first download: it was ready and available for release. Material from earlier periods of Bruce’s career may not be as easily available.

The Top 10 Shows that Bruce Springsteen Should Release From His Archives: 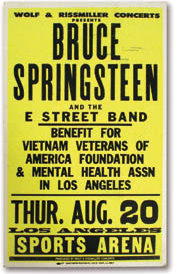 1. August 20, 1981 – Los Angeles, California
The benefit concert for the Vietnam Veterans of America is well known as one of the most important and emotional performances in Springsteen’s entire career. It has been widely bootlegged, but none of the available recordings approach the high quality of other famous shows. An easy choice for #1.

2. November 16, 1990 – Los Angeles, California
The benefit for the Christic Institute featured Springsteen playing solo: not only on guitar, but – for the first time in many years – on piano as well. It was Bruce’s first public performance since dismissing the E Street Band and was the debut of four new songs, including “Real World.” This show, along with the following night’s performance, were reportedly considered as candidates for an official release in the 1990s.

3. September 24, 1999 – Philadelphia, Pennsylvania
For the fifth night of a six-show run during the Reunion tour, Bruce and the band moved across the street from the new arena to the old Spectrum, performing the night after Bruce’s fiftieth birthday. One of the best shows of that tour, but unfortunately no excellent recordings of the show have ever been available… yet.

4. August 23, 2008 – St. Louis, Missouri
Probably the best show by the E Street Band since they reunited in 1999. Memorable for the resurrection of numerous classic cover songs, including “Then She Kissed Me” and “Mountain of Love” as well as the band playing at peak power at the end of the Magic tour: the versions of “Gypsy Biker” and “Long Walk Home” from this show are definitive. 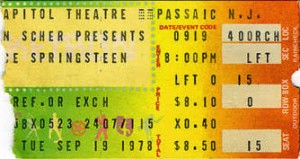 5. September 19, 1978 – Passaic, New Jersey
The “Piece de Resistance” show, and famously broadcast on WNEW-FM. It could be said that this show does not need an official release, given that it already exists in excellent quality in collectors’ circles. It remains one of the more significant shows in Bruce’s career, with the radio broadcast bringing many a fan’s first exposure to the E Street Band.  The LP, cassette and CD bootlegs of this show have been treasured by so many fans for so many years that it seems unfathomable that this show will not be included.

6. August 20, 1984 – East Rutherford, New Jersey
Well known under the bootleg title “The Last Great Show,” this was the final night of a ten-night homecoming stand at the Meadowlands Arena on the first leg of the Born in the U.S.A. tour. The Miami Horns and Little Steven were special guests, including on a memorable version of “Drift Away.” This show was one of the sources of the Live 1975-1985 box set and should be easily available for release.

7. March 25, 1977 – Boston, Massachusetts
The final night of a legendary four-show run to end a series of shows in which Springsteen was playing live because he could not record in the studio due to his legal battles with Mike Appel. Featuring a powerful “Backstreets” and “Higher and Higher” to end the show. 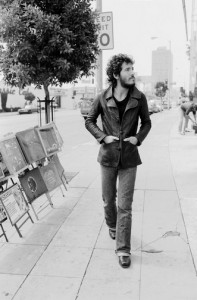 8. October 18, 1975 – Los Angeles, California
The fourth of a six-night residency at the Roxy Theater in West Hollywood. This show is the source of the now-famous version of “Thunder Road” that starts the Live 1975-1985 box set. Given the likelihood that the entire show exists in Bruce’s archives, this is a probable (and worthy) choice for inclusion in the series.

9. May 3, 1988 – Mountain View, California
Available for years under the famous bootleg title “Roses and Broken Hearts,” and widely considered the best show of the Tunnel of Love tour. A wild encore includes “Sweet Soul Music,” “Have Love Will Travel,” and for the first time in ten years, “Little Latin Lupe Lu.”

10. January 31, 1973 – New York, New York
Shortly after the release of Greetings from Asbury Park, NJ, Mike Appel made arrangements for this show to be recorded for King Biscuit Flower Hour radio program. Given the uncertainty of availability of early recordings of the band, this seems a likely choice as the earliest recording in the archive series. 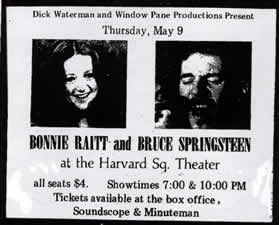 May 9, 1974, Cambridge, Massachussets
The show at the Harvard Square Theater reviewed by Jon Landau, resulting in a now legendary quote. The band was touring behind The Wild, The Innocent… and included David Sancious and Boom Carter in their lineup.

June 24, 1993 – East Rutherford, New Jersey
The “Concert to Fight Hunger,” at the end of the 1992-1993 World Tour; with guest appearances from Little Steven, Max Weinberg, Southside Johnny, and a roof-raising moment when Clarence Clemons comes out during “Tenth Avenue Freeze-Out.” 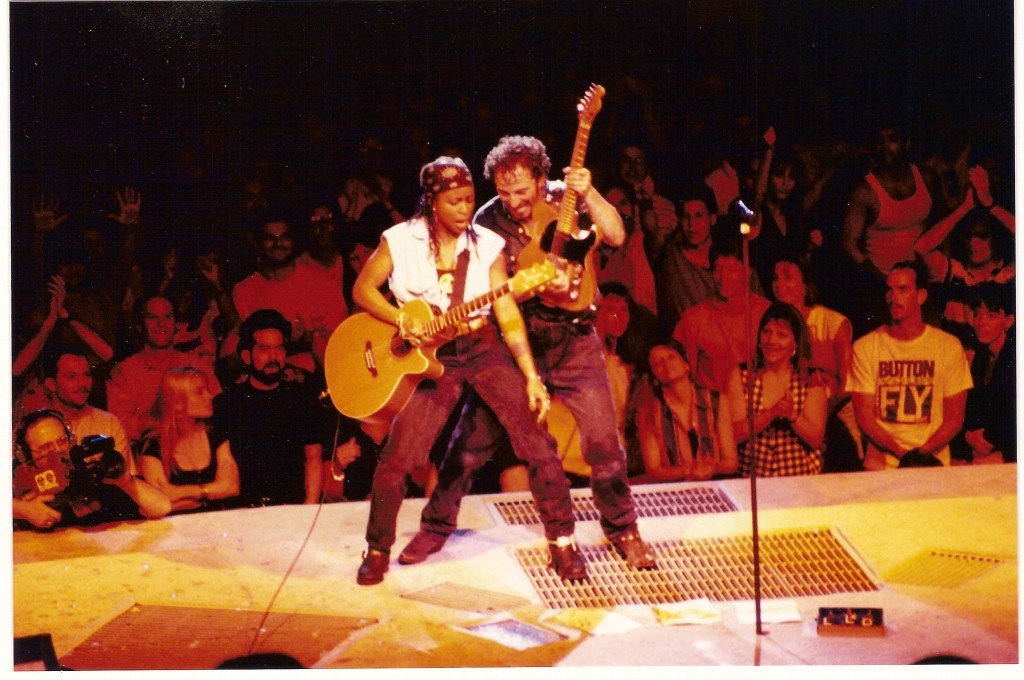 May 8, 2000 – Hartford, Connecticut
One of the consensus best shows of the Reunion tour, including Bruce dropping a part of “Honky Tonk Women” into the start of “Darlington County.”

June 28, 2003 – Milan, Italy
The final night of the European leg of the Rising tour, including a wild crowd, a thunderstorm and a rare performance of “Follow that Dream.” Specifically cited by Jon Landau at the time as one of Bruce’s best-ever shows.

October 4, 2003 – New York, NY
The final night of the Rising tour includes a rarity-filled setlist and a guest appearance from Bob Dylan. 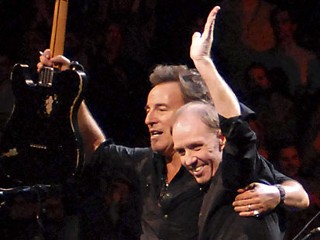 November 8, 2009 – New York, New York
A complete performance of The River album, for the first and quite possibly only time. A stunning show, even beyond the album portion of the proceedings. 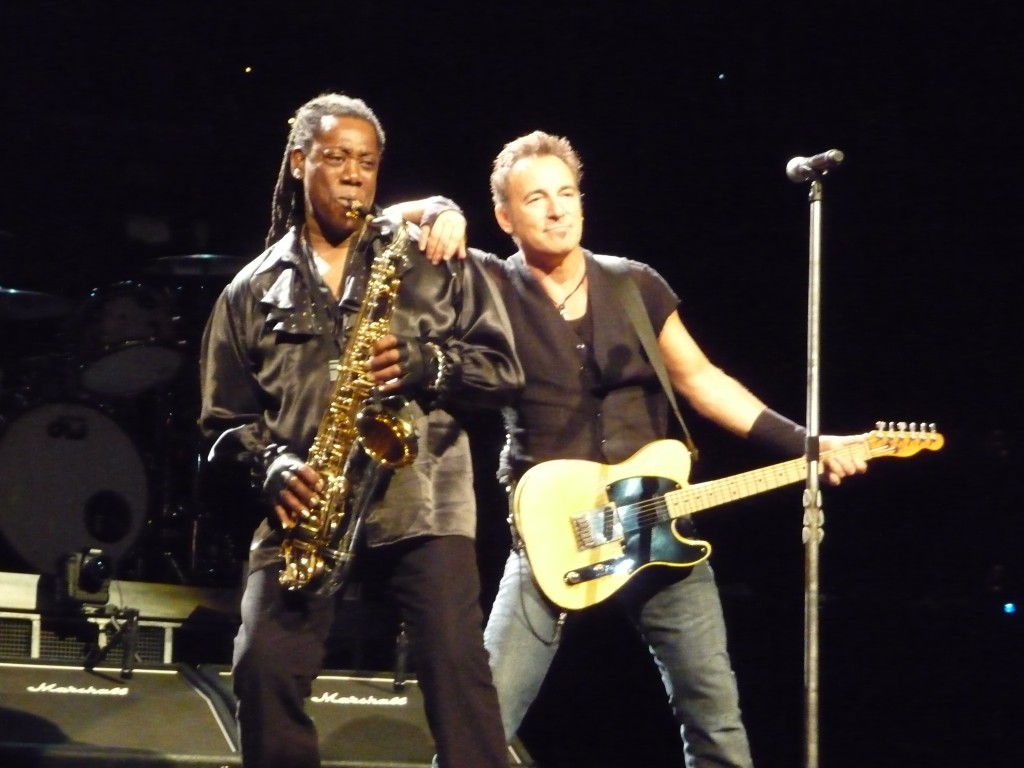 November 22, 2009 – Buffalo, New York
The final night of the Working on a Dream tour; a complete performance of Greetings from Asbury Park, NJ and Clarence Clemons’ final tour show with the band.