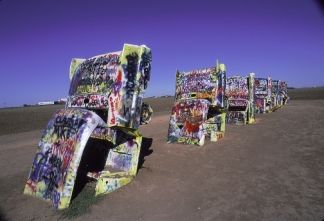 Cadillac Ranch, in Amarillo, Texas, was created in 1974 by eccentric millionaire Stanley Marsh. The site inspired Springsteen in 1980 to write the song «Cadillac Ranch». Yesterday in Houston, this was the choosen song to open a very special show. Both «Gypsy Biker» and «Reason to Believe» dissapear for one night, being substituted by «Atlantic City» and «Because the Night». «She’s the One» was followed by a rockin’ «Out in the Street».

Later in the set, in the middle part, where anything can happen, «Girls in their Summer Clothes» was followed by a fan-request of «The E Street Shuffle» and, for the first time ever, «Terry’s Song», the song that closes Magic, which was written in honour of long-time Springsteen friend Terry Magovern («A friend of mine for 23 years… today would have been his 68th birthday»). «Thunder Road» closed the main set this time. 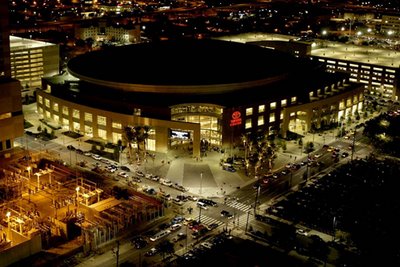 The encores had some special treats waiting. First, Springsteen announced «I’ve always been a fan of the Texas songwriters», and invited Austin songwriter Alejandro Escovedo onstage to sing «Always a Friend» (see video below), a brilliant song off Alejandro’s forthcoming new album Real Animal. Escovedo has been fighting for years (with good results) a very serious case of hepatitis C, and is coming back with a new album and signing with Jon Landau management.

After that, it was the turn for another Austin songwriter, the great Joe Ely, who sang «All Just to Get To You», off his excellent album Letter to Laredo (where Springsteen himself contributes vocals on two songs). After such special moments, an explosive «Rosalita» was followed by «Born to Run» and an exciting «Tenth Avenue Freeze-out», with Bruce hanging down from the mic stand for quite a while. «American Land» put an end to a fabulous show.