Bruce says goodbye to his New Jersey neighbors with a phenomenal performance, possibly the best of the tour so far. With the E Street Band in full force, the last show of the US Spring tour features three tour premieres and lots of vintage classics. No less than 3 songs from The Wild, The Innocent... («The E Street Shuffle», «Incident on 57th Street» -tour premiere- and a vibrant version of «Kitty’s Back» -one of the highlights of the night-). Plus tow more tour premieres («Something in the Night» and «Cover Me»), «Good Lovin» (during the sign-request collecting) and «Mony Mony» closing the night.

Max Weinberg was back last night, playing stronger than ever alongside his E Street Band buddies, who went the extra mile. Patti was absent.

Next: the tour lands in Euro land on May 30th, with a show at the Pinkpop festival in the Netherlands. 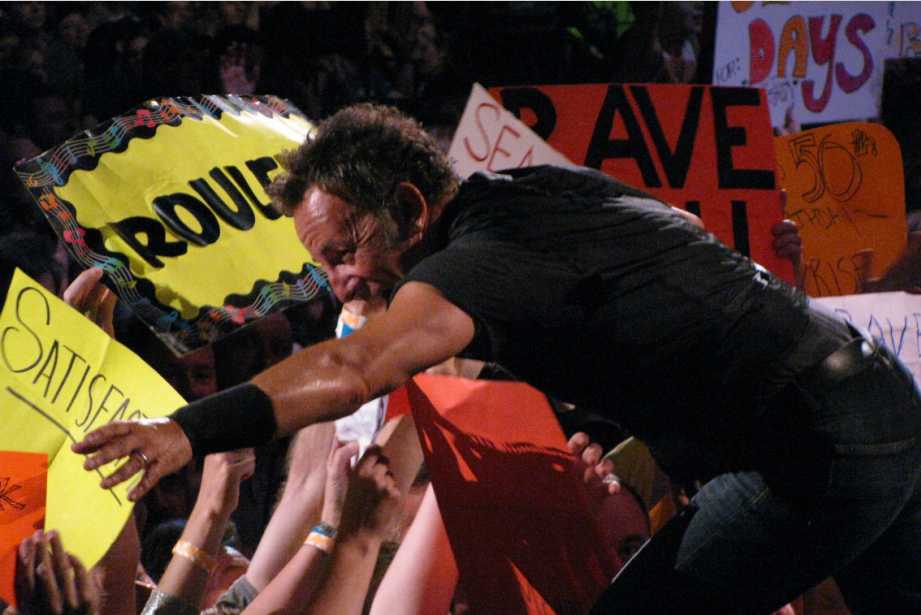