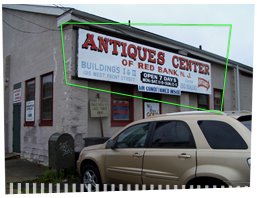 Despite the recent rumours published in the New York Post, and quickly spread worldwide in numerous publications, Bruce and Patti were seen together last friday at the Antiques Center shop in Red Bank, New Jersey, with no signs at all of «trouble in paradise».

Redbankgreen.com publishes the story as told by Judy Barnaby, a shop’s employee who’s been friends with the Springsteen’s for over 20 years. The couple were buying antiques in the store for a value of over 3,000$ and even sang for a few minutes after grabbing and old guitar and a mandoline, which they later dediced to buy. According to redbankgreen.com:

«the couple was holding hands, and laughing with dealers and customers as they shopped for about an hour». «I got a hug from Patti, and I told her I was very happy to see that they were back together,» says Barnaby. «She said, ‘Isn’t this the pits?’ referring to the coverage. She said, ‘Isn’t it ridiculous? My friends are more upset than I am.’ «Several of the dealers said the same thing to them—that they were sorry to see what was in the papers. But (Springsteen and Scialfa) said it was ridiculous.» «The rumor’s not true, from the horse’s mouth,» says Barnaby. «They were holding hands and kissing and carrying on. They weren’t any different than they have been in the past 20 years. They were their old selves. They enjoyed themselves, and they took their goodies and went home.»