Patti Scialfa wrote the song «Children’s Song» years ago, when his children were little. The song will now be released in the compilation album Every Mother Counts (Starcon), to benefit CARE. The CD will be released 4/12 thru Starbucks.

The interesting part is Bruce Springsteen’s contribution to the song. According to an article in Rolling Stone, Scialfa wasn’t happy with some of his vocals in the song, so his husband helped by re-recording those parts himself. The song can be heard now at Rolling Stone. 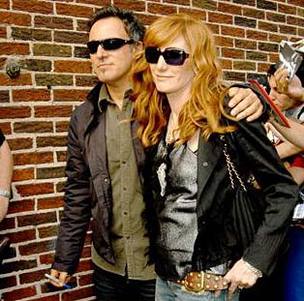